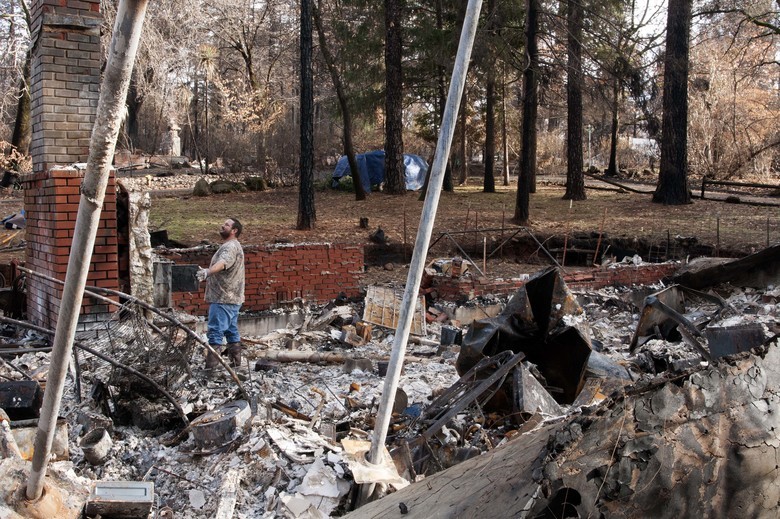 A new study concludes the prevalence of under-insurance among American homeowners might be close to 80%.

Own a home? No doubt you’ve insured it. Very sensible of you. But if that home were, say, burned to the ground, then your insurance company probably wouldn’t cover the cost of rebuilding it. Don’t feel too bad, though. It’s only partly your fault.

Estimates: 60-80% of policyholders are under-insured

Two-thirds of California wildfire victims are under-insured, according to Amy Bach, executive director of consumer advocacy group United Policyholders, speaking at a recent meeting of governor Gavin Newsom’s wildfire commission, held in Santa Rosa. Shocking as that figure seems, it comports with anecdotes I picked up reporting on the aftermath of the recent
wildfires earlier this year. Meanwhile, Sarah Paulson of Kevin Paulson Insurance Agency Inc. in San Diego, estimates maybe 60% of policyholders are under-insured.

Now a new study titled “Minding the Protection Gap,” just published in the Connecticut Insurance Law Journal, concludes the prevalence of underinsurance among American homeowners might be closer to 80%. Kenneth Klein, a professor at California Western School of Law, bases that estimate partly on a report from the California Department of Insurance,
prepared in the wake of the 2007 wildfires, that recently became public record. Remarkably, this found that even when homeowners had purchased extended coverage, 57% of such policies fell short.

Summing up his study over the phone, Klein calls homeowner insurance “a really weird market; people think they bought a Cadillac when they really bought a Yugo.”

Most homeowners think they have adequate coverage

By and large, homeowners think they do have adequate coverage in the event of a catastrophe — and that’s where they take a share of the blame. Standard policies haven’t offered “guaranteed replacement coverage” for several
decades. But unless the homeowner takes the time to read the mind-numbing policy documents or ask the right questions, they generally assume they’re good if the sky falls.

Before piling onto this feckless homeowner, though, ask yourself a question: Do you know how much it would cost to rebuild your home? Didn’t think so. Most likely, you’re relying on an estimate from your insurance agent. Typically,
those are derived from sophisticated software tools such as Verisk Analytics Inc.’s 360Value or CoreLogic Inc.’s RCT. Insurance is the original big-data business, compiling myriad items of information to judge probabilities and
costs; these tools are immense databases of such things as local labor rates, materials prices, storage costs and many other line items.

No software can accurately predict every contingency, though; especially if, for example, a wildfire burns down a whole neighborhood and surge pricing kicks in. More importantly, software doesn’t write insurance, companies do.
And the incentives in homeowner insurance tend to skew one way. Ignorant of true cost of reconstruction
Only a small proportion of homes are sold each year, capping the size of the market for policies. Customers tend to be ignorant of the true cost of reconstruction. And when disputes arise, courts tend to effectively side with
the insurance provider — after all, the homeowner signed up for the coverage stipulated in their contract.

In short, the homeowner tends to bear all the risk of under-insurance while usually being ignorant of that risk. Plus, thinking catastrophe a very remote possibility, they’re more motivated to keep their monthly insurance bill low
than to cure their ignorance.

So there can be little incentive for an insurance provider to invest time and money in a more-thorough assessment of a home’s particular risks. It’s tempting to instead enter fewer parameters to the software tools to estimate
coverage and simply quote the most competitive premium they can.

Klein ran an experiment on his own home, getting replacement-cost estimates from six insurers and two software tools, involving different levels of detail. They ranged from $512,000 to more than $1.1 million.

One way of addressing this problem is better-educating the customer, such as with tools alerting them to potential under-insurance. Meanwhile, Klein recommends requiring insurers to quote a price for guaranteed replacement
coverage. Would those premiums be higher? Probably much higher, although providers could also compete on them.

More importantly, they would signal to homeowners the true cost of protecting their home — and they could then choose to accept it or go with a lower quote for standard insurance, with the clear understanding they bear the risk of lessthan-
adequate coverage. “This will reconnect risk creation and risk allocation,” Klein writes.

California’s wildfires didn’t create this market failure; just revealed it. The enormous claims arising from the past two wildfire seasons — some $25 billion — are having an impact on pricing and availability already. At that same commission meeting in Santa Rosa, Joel Laucher, chief deputy commissioner of the California Department of Insurance, said complaints about higher premiums or difficulty renewing coverage in the highest-risk counties have jumped by 224% and 573%, respectively, since 2010.

Meanwhile, over the past five years, there has been a 51% increase in policies written for homes in wildfire-prone areas under California’s FAIR program — insurance so bare-bones the website states up top it should only
be used as “a last resort.”

Climate change & people’s choices about where to live

In many respects, the wildfires expose the true costs of climate change and how they intersect with people’s choices about where and how they live; choices often made out of necessity or made at a time when phrases like
“global warming” seemed utterly abstract.

Mitigating wildfire risk is, of course, central to addressing this, but so is reform of insurance, society’s ingenious method of pooling risk. Pushing the industry to provide better incentives for, say, hardening homes and communities must
be a priority for California — and, indeed, any other state facing rising risks from a changing climate. Making those risks, and their costs, crystal clear to consumers would be a good start.

Liam Denning is a Bloomberg Opinion columnist covering energy, mining and
commodities. He previously was editor of the Wall Street Journal’s Heard on
the Street column and wrote for the Financial Times’ Lex column. He was also
an investment banker. To contact the author of this story: Liam Denning
at ldenning1@bloomberg.net.

It’s always important to review your insurance limits in detail with your trusted broker. The acclaimed Personal Insurance Team at Bender is here for you. Contact us to explore the best protection for you and your property.