What You Need to Know About the Supreme Court LGBTQ Cases 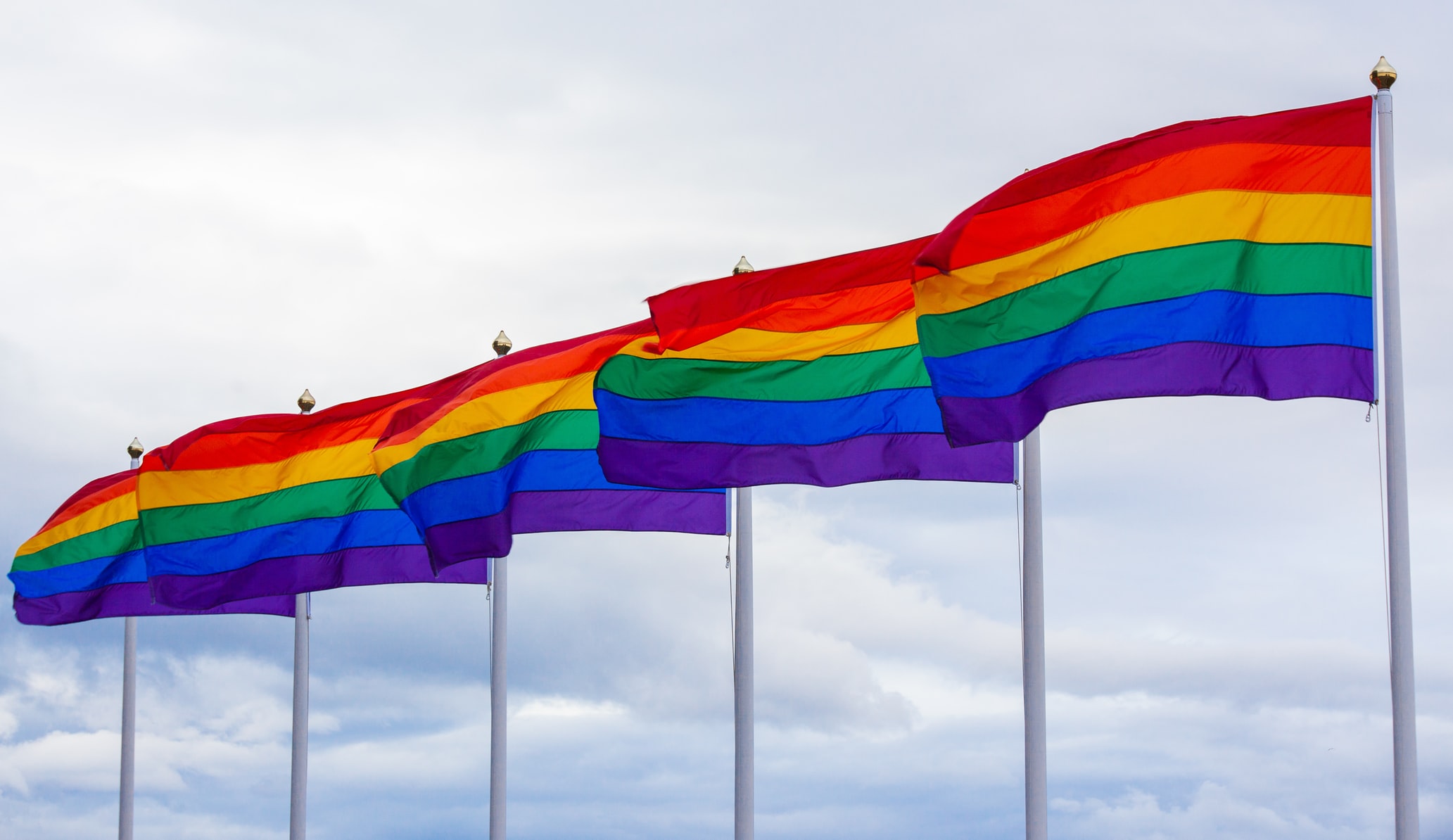 The status, the arguments, and my predictions.

I’ve been waiting anxiously since September for the Supreme Court to agree to review three lower court decisions on whether LGBTQ discrimination violates Title VII of the Civil Rights Act of 1964.

The Court issued an order on Monday, April 22, saying that it was granting the petitions for certiorari filed in the cases of Bostock v. Clayton County, Georgia and Altitude Express v. Zarda. In Bostock, the U.S. Court of Appeals for the Eleventh Circuit ruled that sexual orientation discrimination did not violate Title VII. In Altitude Express, the U.S. Court of Appeals for the Second Circuit ruled that it did.

The Court has agreed to consider the following: “Whether the prohibition in Title VII of the Civil Rights Act of 1964, 42 U.S.C. § 2000e-2(a)(1), against employment discrimination ‘because of . . . sex’ encompasses discrimination based on an individual’s sexual orientation.”

The Supreme Court will consolidate Bostock and Altitude Express and will allot one hour of argument to be scheduled during its October 2019 term.

The Court also granted the petition for cert filed by the employer in EEOC v. R.G. & G.R. Harris Funeral Homes. In that case, the U.S. Court of Appeals for the Sixth Circuit ruled that discrimination based on gender identity violates Title VII. The Supreme Court will consider the following issue: “Whether Title VII prohibits discrimination against transgender people based on (1) their status as transgender or (2) sex stereotyping under Price Waterhouse v. Hopkins . . ..”

Price Waterhouse was a 1989 decision in which the Supreme Court ruled in favor of a woman who was denied partnership in an accounting firm because she was not “feminine” enough. According to the Court, this type of sex stereotyping violated Title VII.

The funeral home had also asked the Court to decide whether Price Waterhouse meant that employers could not establish sex-specific dress codes or provide amenities such as sex-specific restrooms. The Court will not consider that issue.

Here is a summary of the arguments that are likely to be made when the Court reviews these cases.

Differential treatment based on “sex”

ARGUMENT: An employer who discriminates against an employee based on sexual orientation is discriminating based on that employee’s sex. For example, a woman who is attracted to men faces no discrimination, but a man who is attracted to men does. With transgender individuals, the biological male who presents as a female is discriminated against, while a biological female who presents as a female is not. In both instances, the LGBTQ employee is subjected to differential treatment based on sex.

COUNTER-ARGUMENT: No, the gay man is being treated differently because he is attracted to members of his own sex rather than members of the opposite sex. A lesbian presumably would be treated the same, and for the same reason. It is the “orientation,” rather than the sex of the individual, that is the issue. Similarly, with gender identity discrimination, the issue is not the sex of the individual but whether he or she presents as a member of his or her biological sex — regardless of what that biological sex is.

COUNTER-ARGUMENT: In 1964, when Title VII was enacted, discrimination against women in the workplace was generally normal, accepted, and out in the open. Sexual harassment and sex stereotyping are more-subtle ways to discriminate based on sex. Whether it’s an old-fashioned refusal to hire women, or the very current #MeToo sexual harassment, biological sex is always the “protected class.” Sexual orientation and gender identity would be completely different, and new, protected classes. The courts can’t create new protected classes that don’t already appear in the statutes. Only Congress can do that, and it has done so with the Pregnancy Discrimination Act, the Age Discrimination in Employment Act, and the Americans with Disabilities Act. If Congress wants to prohibit LGBTQ discrimination, all it has to do is pass a law.

ARGUMENT: The Supreme Court, in Price Waterhouse and Oncale v. Sundowner Offshore Services, has said that stereotyping based on sex can violate Title VII. In the context of LGBT discrimination, the stereotype is that a man should look and act like a man, and be attracted to women. Or that a woman should look and act like a woman, and be attracted to men. LGBT individuals do not always fit these stereotypes, and so discrimination based on LGBT status is a form of unlawful sex stereotyping prohibited by Title VII.

COUNTER-ARGUMENT: This isn’t what sex stereotyping means. Unlawful sex stereotyping occurs when an employee suffers a disadvantage because he or she is expected to act in a way typical of his or her sex. For example, men used to have a hard time being hired as nurses because women were seen as the nurturers. Sex stereotyping can also occur when the employee does not look or behave in the way expected of someone of his or her sex (as in Price Waterhouse, or Oncale — in which a heterosexual man was harassed and threatened by his co-workers because they thought he was “effeminate”). LGBTQ discrimination doesn’t fit this model. Instead, the employer discriminates because he or she thinks that same-sex relationships are undesirable.

ARGUMENT: Even if you’re right about sexual orientation, what about transgender individuals?

COUNTER-ARGUMENT: No, those are not the same. In the interracial context, the Caucasian partner is being discriminated against because he or she is in a relationship with someone who is (wrongly) seen as part of an “inferior” group. The obsolete laws against interracial marriage were all based on the view that Caucasians were superior to members of other races. That isn’t the case with same-sex relationships. In a same-sex relationship, the employee is associating with his or her “equal” — that is, a person of his or her own sex. But in the view of an employer who is prejudiced against gay people, that is exactly the problem.

ARGUMENT: The Supreme Court has already ruled in two cases (U.S. v. Windsor and Obergefell v. Hodges) that same-sex marriages have the same legal status as opposite-sex marriages. How can an employee have a legal same-sex marriage on Saturday, and then legally be fired from his job on Monday for being gay? It’s totally illogical.

COUNTER-ARGUMENT: You’re comparing apples to oranges. In Windsor and Obergefell, the Court’s decisions were based on the Fourteenth Amendment to the U.S. Constitution. But Title VII isn’t part of the Constitution. It’s a statute, and Congress can repeal it, expand it, or otherwise change it at any time. If LGBTQ discrimination should be illegal under federal law, all Congress has to do is enact a law making it so. But Congress has considered that many times and has never done it. (The mere fact that Title VII doesn’t mention LGBTQ discrimination doesn’t mean that it violates the Constitution.)

Now you are in good shape to listen to oral arguments next fall and get where the parties (as well as the Justices) are coming from.

What do you think the Court will do? I’m going to predict a 5-4 decision against Title VII protection for sexual orientation, with Alito, Gorsuch, Kavanaugh, Roberts, and Thomas in the majority, and Breyer, Ginsburg, Kagan, and Sotomayor dissenting.

I’m having a harder time predicting how the gender identity issue will go because the sex stereotyping argument is fairly compelling. But, what the heck. I’ll predict that the same 5-4 majority will decide that gender identity discrimination is not protected by Title VII.