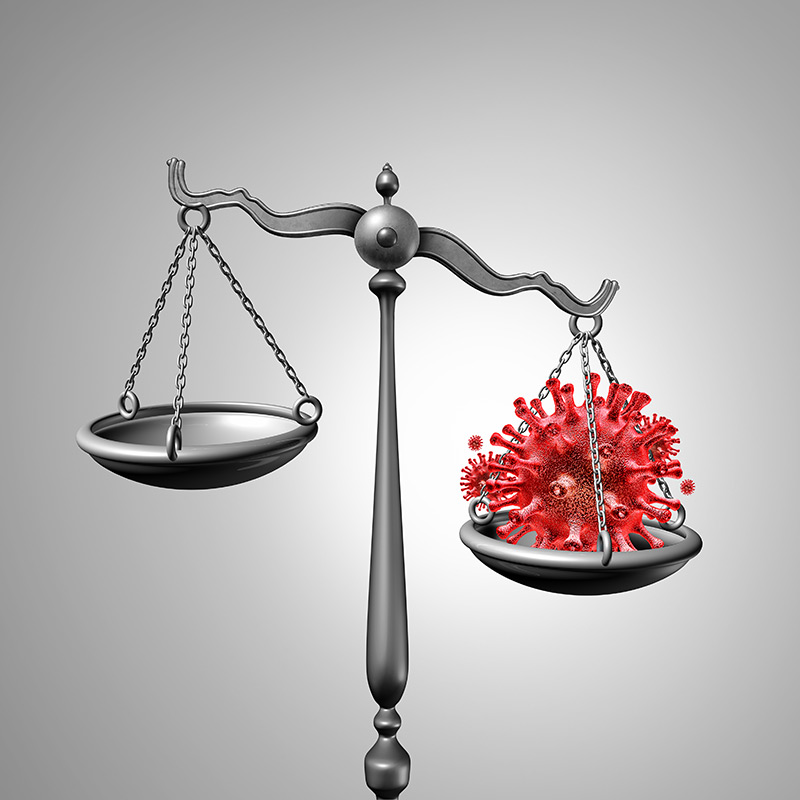 The courts have sided with insurers again as the U.S. Court of Appeals for the Fifth Circuit became the latest federal appellate court to reject a plaintiff’s claims seeking coverage for business interruptions caused by government shutdown orders related to COVID-19.

Courts across the country have been considering whether insurance companies have a duty to provide coverage to policyholders for losses stemming from the global pandemic. So far, every federal circuit court to address the issue — including the Second, Sixth, Seventh, Eighth, Ninth, 10th and 11th circuits — has sided with the insurance company defendants, according to the University of Pennsylvania Carey Law School’s COVID Coverage Litigation Tracker.

Terry Black’s Barbecue (TBB) argued that a tangible alteration to the restaurant’s property was not required to trigger the business income and extra expense provision. Instead, TBB contended, it only needed to be deprived of a “physical space.”  TBB also argued that its loss of the use of its dining rooms for their intended purpose amounted to a physical loss of property, the appeals court said.

TBB sued the insurance company in U.S. District Court for the Western District of Texas after it denied the claims. Judge Robert Pitman sided with State Automobile, finding that the suspension of dine-in services during the pandemic was not a direct physical loss of or damage to property. Additionally, the judge found, the civil authority orders were issued as a result of the global pandemic, and not because TBB had been potentially exposed to COVID-19.

“TBB’s claimed losses due to the suspension of dine-in services during the COVID-19 pandemic are not covered by the policy. The BI/EE provision requiring a physical loss of property means a tangible alteration or deprivation of property,” Fifth Circuit Judge James E. Graves Jr., wrote on behalf of the panel. “The REE provision requires a causal connection between the restaurant’s exposure to a contagious disease and a civil authority order closing TBB’s restaurants. But TBB’s restaurants were not physically altered by the suspension of dine-in services and the civil authority orders were not caused by TBB’s restaurants’ exposure to COVID-19.”

TBB had access to the physical parts of the restaurants and the prohibition of dine-in services did not physically deprive the restaurant owners of the property, the appeals court said. Further, the BI/EE provision covers business interruption that is caused by the loss or damage to the commercial property, the circuit court said.

TBB also didn’t qualify for REE coverage because there was no causal connection between TBB’s restaurants’ exposure to a contagious disease and civil authorities suspending its operations, such as in the case of a restaurant being closed by the board of health for alleged food or drink poisoning, Graves wrote. Social distancing measures and the suspension of dine-in services were issued to all restaurants, he noted.

Even if COVID-19 was present at the restaurants, the civil authority orders did not result in TBB’s exposure to the virus, Graves added.

“[F]rom a common sense understanding of the onset of the pandemic, the civil authority orders were not caused, even tangentially, by TBB’s alleged or actual exposure to a contagious disease. The civil authority orders ‘resulted from’ the global pandemic and the need to take measures to contain and prevent the spread of COVID-19,” Graves wrote. “The language in the orders indicates that they were enacted to avoid exposure to COVID-19, not because of exposure to COVID-19. In fact, those orders say as much in the introductory declarations.”

Adam H. Fleischer of BatesCarey, who represents State Automobile, said the court made the right decision.

“We are very pleased with the court’s thorough and thoughtful analysis of the issues, and for astutely finding the exact intersection where the case law is consistent with the context of the policy language,” Fleischer said on Thursday. “This opinion demonstrates that the plain meaning of ‘direct physical loss’ in fact does not change when the policy crosses a state border. The decision will help both insurers and policyholders achieve common policy expectations and interpretations in Texas, Louisiana, Mississippi and beyond.”